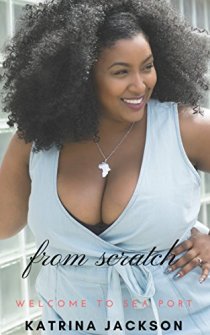 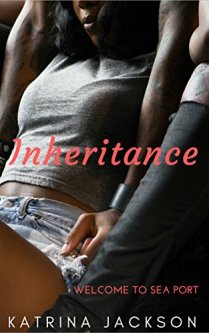 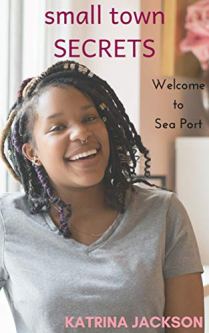 Sea Port is a small, remote, and declining town, which is neither a port nor near any water. In this and a few other descriptions, I suspect Jackson is parodying the small town setting of many romance novels. In an attempt to revive the town, newcomers are offered abandoned buildings to start new businesses, and this brings in new people. It’s a fine premise for setting up meets, although in these three books there are two people taking advantage of the small business program, and three new city hires. A subtle reminder that the most efficient job creation program is direct government hiring?

Mary, in From Scratch, has moved to Sea Port to start a bakery. She’s reinventing herself after spending seven years teaching literature at a university. I’ve spent a lot of time at universities, and Jackson’s observations about academic careers and people (faculty and students) are spot on. I particularly liked the sleazy male professor Mary briefly dated – we’ve all met at least one of them. I was not surprised to learn from Jackson’s Amazon bio that she is indeed a college professor. The observations about running a bakery, on the other hand, are less realistic (and bagels are not “fried balls of dough,” though perhaps the flustered character who thought that was confused). However, the entrepreneurship careers common to many romance novel characters succeed at a much higher rate in novels than in real life, and perhaps that is part of having happy endings.

Mary’s not just starting a new career, she’s also changed how she dresses, and generally has a new and happier outlook on life. So when she meets the town’s fire chief and police officer, and is instantly attracted to both of them, she figures why not have both. As for the men, they’ve been buddies forever, and at least one of them is bisexual, so they slip easily from friends to lovers (leaving unanswered the questions of why they’ve never been attracted to the same woman, or each other, before). The relationship leads to a problem for Mary’s new business, but it’s easily resolved.

Inheritance begins with a prologue featuring Mary and her lovers in bed. They remain a presence in this book, and the next. We soon meet Lorraine, who has moved to Sea Port to run the library. The library is being rebuilt, by local contractor Jonah, who moved back to town after his father died. Jonah meets Lorraine, and instantly has an erection. Her response to him is similar, and they soon discover she has an exhibitionist streak (although Mary and her lovers are hardly discrete). Both of our couple have parent issues, both quickly resolved, but there is a sweet subplot involving the library garden.

Small Town Secrets features Sully, who moved to town to start a coffee shop. The high point of her week is receiving deliveries from the bakery, brought by Bria. But lately Willie, the mayor and Sully’s best friend from university, has been paying attention to Sully’s attentions to Bria. Bria has also been crushing on Sully, but when their relationship starts to heat up, Willie wants them to cool it. There are subplots involving other relationships in town, past and present.

The instant attractions, the always horny characters, the relatively challenge-free relationships, and graphic sexual details in what might be considered gratuitous sex scenes all put these books firmly in the erotica category. The writing is rough at times. For example, when a character replied to something, I had to flip back a few screens to see what the question was, and a character who I thought had moved to Sea Port with Mary had in fact only helped her move. The occasional description in brackets made me wonder if it was a note to be expanded or better integrated before publication. However, the open-minded community, the humour, and the sweet and sentimental moments (generally involving secondary characters) were enjoyable, and I found myself skimming past the sex scenes to find more of that.